Note:  This mentor will not read erotica or anything with killing of any kind.  She is also not fond of genre work.

Su Zi is equal parts writer, artist, and badass eco-feminist.  She holds an MA in English and has published in such places as Driving Digest, Exquisite Corpse, and Blue Heron Review (where she was nominated for The Pushcart Prize).  She resides in Florida with her horses, dogs, cats, and turtles where she runs The Red Mare Chapbook Series.

Note: Her emphasis is flash fiction. 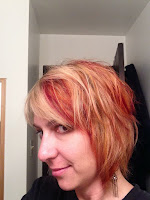 Ann Stewart McBee was born in Kalamazoo, Michigan. She graduated with a PhD in creative writing at the University of Wisconsin–Milwaukee, where she taught undergraduate composition, creative writing and literature. She has published fiction and poetry in Ellipsis, Untamed Ink, The Pinch, Citron Review, and At Length among others. Her short story collection titled How Rabbit Went Down and other Mishaps is available at Hoot-n-Waddle press. She now teaches English at Des Moines Area Community College, and lives outside Des Moines, Iowa with her husband and a smelly terrier.

As part of a military family, Carey Link has had the opportunity to grow up in many places across United States and Germany. Carey has resided in Huntsville, Alabama for the past 20 years. In 2008, Carey completed a B. A. in psychology from the University of Alabama in Huntsville. In 2016, Carey retired after 16 years of working in civil service in the Civilian Personnel Advisory Cener (CPAC) and Equal Employment Opportunity (EEO) at Redstone Arsenal.
Carey has been writing poetry since she was a teenager. Carey has published a chapbook What it Means to Climb a Tree (Finishing Line Press) and a poetry collection Awakening to Holes in the Arc of Sun (Mule on a Ferris Wheel).

S. Baer Lederman hails from Rhode Island, but considers himself a Midwesterner at heart. Since finishing his Navy service, Baer has focused on writing, receiving his MFA from Roosevelt University in 2016. Baer’s fiction has appeared in Entropy, Chicago Literati, Dapper Press, and Nebo. He’s been featured as a finalist in Slippery Elm’s 2015 Prose Contest, Scribes Valley 2015 short story contest, Providence Journal’s H.P. Lovecraft short story contest, as well as the NOLA Literary Festival’s 2018 Tennessee Williams short story contest. Baer has been awarded an artist in residence positions at SAFTA in Tennessee and the Ucross Foundation in Wyoming. He recently completed his first novel. 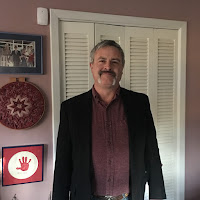 Drew S. Cook is a native of the Ouachita Mountains, and the sights and sounds of that region continue to influence his writing. Over the course of his life, he has been many things, including an expert in obsolete operating systems, a student of literature and writing, and a Bipolar I. Drew's MFA in creative writing from the University of Central Arkansas will be/was conferred in 2018, and he begins/began doctoral studies at the University of Louisiana Lafayette that same year. His poems have appeared in Nimrod, Pleiades, and elsewhere, and he is a former co-executive editor at Trio House Press. 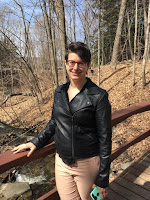 Sarah Krenicki writes short speculative fiction and has made attempts at poetry. Her fiction has been published in Syntax and Salt, Gemini Magazine, and Lumina. She studied English and Creative Writing in college and after a brief stint in insurance marketing, found her way to the nonprofit world. She lives in a yellow house with her husband and two noisy black cats, and she overthinks everything, including/especially this bio. Pisces/Slytherin/INFP, for those who want to optimize compatibility.

Methods of correspondence:  Text, email, Facebook or Google Video chat
Posted by J. R. Jackson at 2:00 AM No comments:

(Review) Selections from Across Two Novembers: A Bibliographic Year by David L. Faucheux


Notes:  There are very descriptive passages about food and alcohol references in this book.  I received this book to review.

Mr. Faucheux's book is a memoir-journal of a year in his life spanning from one November to another.  It is a year of books, good food, music, friends, quotes, trivia, and tales of navigation through life as a blind man with fibromyalgia.  This is a new, abridged version with updates from the author added.

The chapters are months broken into shorter, dated entries.  But, just because the entries are short, doesn't mean you don't get much out of them.  There is always some knowledge/insight to be gleaned.  Sometimes a lot of it.

Imagine sitting down with a brilliant friend for a leisurely dinner.  He switches topics from Henry VIII to types of vanilla to Louisiana history to his latest favorite read.  You aren't sure what he'll talk about next, but it's almost always something interesting.  That's what this book was like for me, though I understand if some people find it a bit chaotic.

There were times Mr. Faucheux would start to discuss a topic I really wanted him to explore deeper, only to have him leap the track to an unrelated musing (maybe due to it being the abridged version).  Quote example:  "It really does feel as though the country has different sections, each at a different phase in the utilization of the ADA (Americans with Disabilities Act)."

I feel the author is quite honest when talking about his struggles with society.  The casual ableism leveled at him throughout college because "blind people don't learn X thing or get employed in X field" was sprinkled in like it was commonplace (and it probably was).  When he lost a dream because he couldn't find a way around a technological hurdle, I related to him so much I ached.  Quote example:  "My biggest fear is that I'm simply not able to make a contribution, even a small one, anywhere, in anything."  {Me too, Mr. Faucheux.}  He also speaks on his limitations in an open way.

I enjoyed this read and would recommend it.

Small reviewer nitpick (my personal taste):  On occasion, he uses the word "exotic" to describe foreign characters in books.  Also, the term "gypsy-like" to describe a person.
~*~
Author Biography:  David L. Faucheux was named Audiobook Reviewer of the Year for 2018 by Library Journal and has reviewed for them since 2006. He lives in Lafayette, Louisiana and is a Phi Beta Kappa graduate of Louisiana State University where he also attended library school.
Posted by J. R. Jackson at 12:00 AM No comments: