That Hurts by F.I. Goldhaber

You slapped me on the shoulder,
the one I dislocated
many years ago. That hurts.
You reach out to shake my hand.
I point to the hidden splint.
You grab for the other, but
I wear a brace to protect
it too. Even if you just
gently squeeze either of my
enervated hands, that hurts.

I must dodge and defend from
amiable aggression,
affectionate attacks, and
affable abuse that hurts.

Your cordial clap on my back
wakens persistent pain and
requires ice to recover,
costs me the ability
to attend an event or
write a new poem. You stole
one of my spoons and that hurts.

Why is it acceptable
to slam strangers, cuff colleagues,
bash buddies without consent?

Don't touch me. That always hurts. 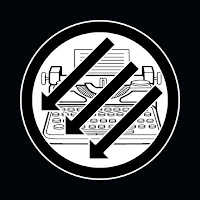